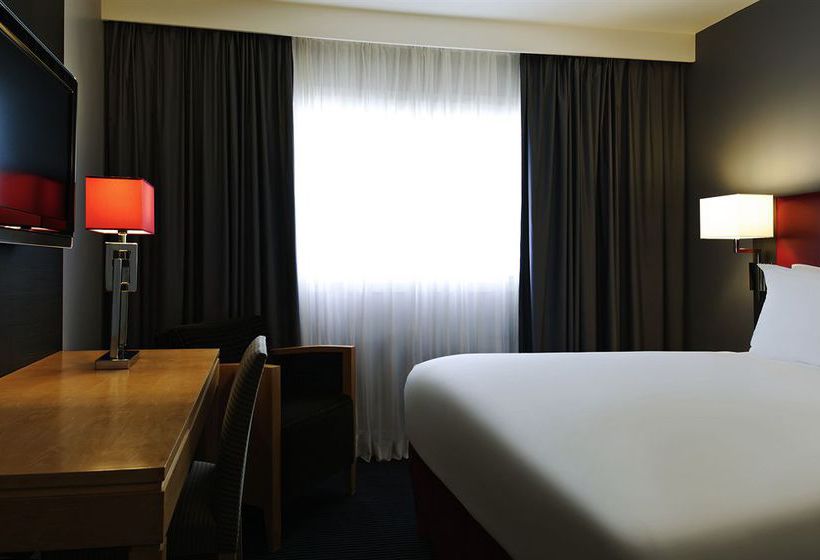 With a stay at Mercure Paris CDG Airport & Convention in Roissy-en-France, you'll be near the airport and close to Aeroville Shopping Center and Paris Nord Villepinte Exhibition Centre. This 4-star hotel is within the region of Parc Asterix and Stade de France. Enjoy recreational amenities such as an indoor pool and a fitness center. Featured amenities include a 24-hour business center, a computer station, and complimentary newspapers in the lobby. Planning an event in Roissy-en-France? This hotel has facilities measuring 11840 square feet (1100 square meters), including meeting rooms. A shuttle from the hotel to the airport is complimentary (available on request). Make yourself at home in one of the 345 air-conditioned rooms featuring plasma televisions. Complimentary wireless Internet access keeps you connected, and satellite programming is available for your entertainment. Private bathrooms have complimentary toiletries and hair dryers. Conveniences include laptop-compatible safes and desks, and housekeeping is provided daily.