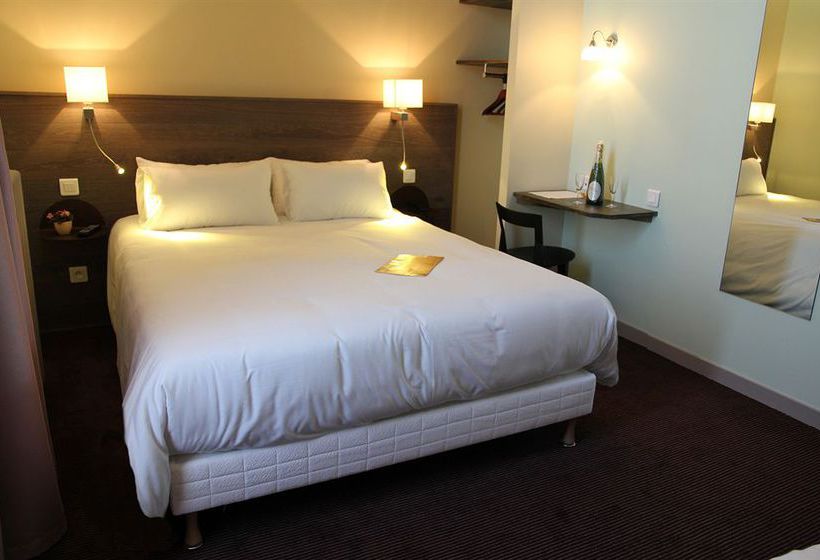 A stay at Accostage Hotel places you in the heart of La Rochelle, steps from Casino Barriere de La Rochelle and close to Tour de la Lanterne. This hotel is within close proximity of Tour de la Chaine and Musee d'Orbigny-Bernon. Take in the views from a terrace and make use of amenities such as complimentary wireless Internet access and a television in the lobby. Featured amenities include complimentary high-speed (wired) Internet access, complimentary newspapers in the lobby, and multilingual staff. Planning an event in La Rochelle? This hotel has facilities measuring 484 square feet (45 square meters), including a meeting room. Stay in one of 15 guestrooms featuring flat-screen televisions. Complimentary wireless Internet access is available to keep you connected. Private bathrooms with showers feature complimentary toiletries and hair dryers. Conveniences include phones and desks, and housekeeping is provided daily.