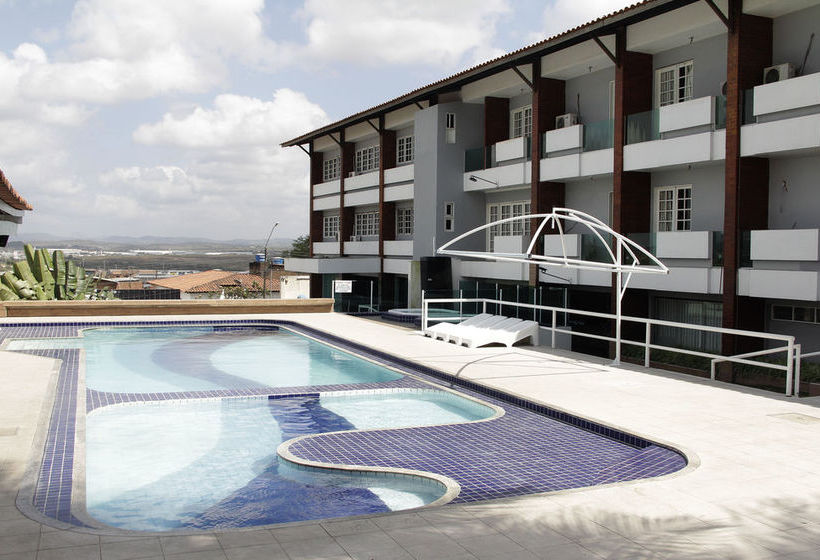 With a stay at Hotel Village Premium Caruaru in Caruaru, you'll be convenient to Rui Limeira Rosal Theater and Caruaru Market. This 4-star hotel is within close proximity of Casa do Mestre Vitalino Museum and Pedro Victor de Albuquerque Stadium. Be sure to enjoy recreational amenities, including a health club, an outdoor pool, and a spa tub. Additional features include complimentary wireless Internet access, supervised childcare/activities, and a television in the lobby. Featured amenities include a business center, complimentary newspapers in the lobby, and a 24-hour front desk. Event facilities at this hotel consist of conference space and meeting rooms. Free self parking is available onsite. Make yourself at home in one of the 90 air-conditioned rooms featuring refrigerators and LCD televisions. Private bathrooms have complimentary toiletries and hair dryers. Conveniences include phones, as well as desks and separate sitting areas.