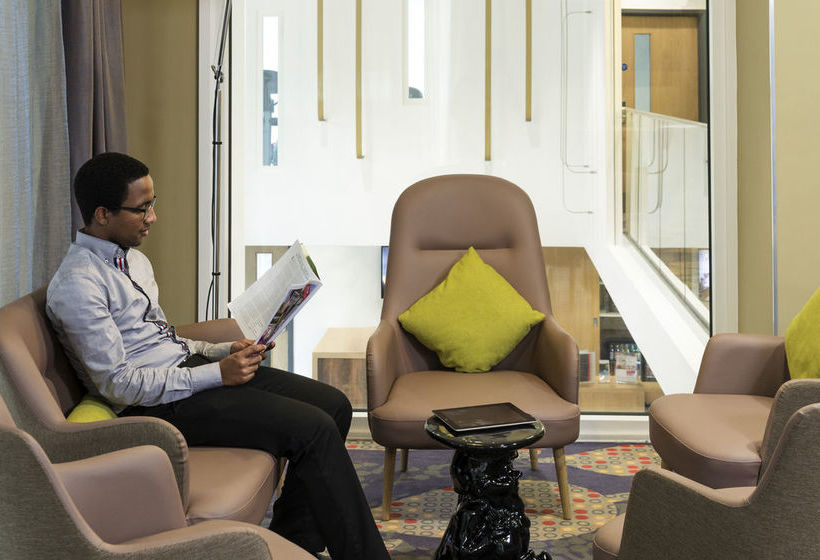 With a stay at Aparthotel Adagio Birmingham City Centre in Birmingham (Birmingham City Centre), you'll be minutes from St Martins in the Bull Ring and Bullring Shopping Centre. This 4-star aparthotel is close to International Convention Centre and University of Birmingham. Take advantage of recreation opportunities such as a 24-hour fitness center, or other amenities including complimentary wireless Internet access and complimentary babysitting/childcare. This aparthotel also features babysitting/childcare and a television in the lobby. Featured amenities include a 24-hour business center, a computer station, and express check-in. Self parking (subject to charges) is available onsite. Make yourself at home in one of the 108 air-conditioned rooms featuring kitchens with full-sized refrigerators/freezers and microwaves. 32-inch LED televisions and iPod docking stations are provided, while complimentary wireless Internet access keeps you connected. Conveniences include phones, as well as safes and desks.