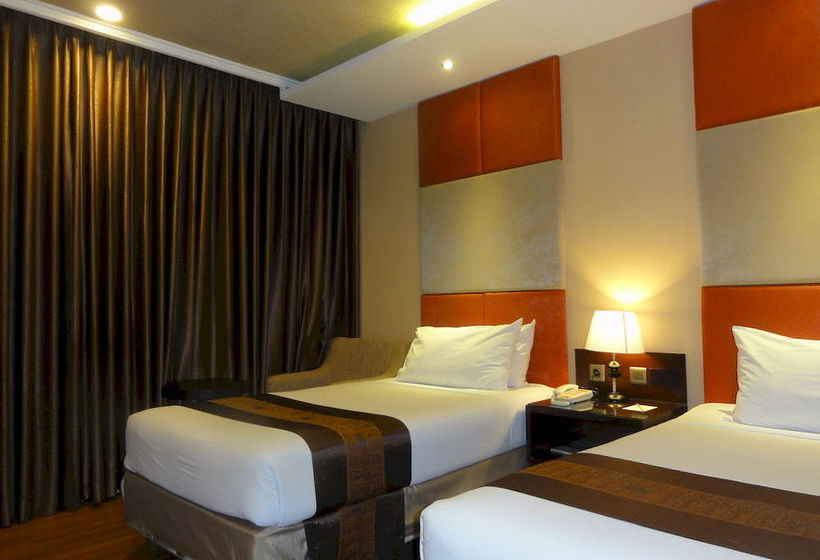 Located in Malang, Regent's Park Hotel is convenient to Alun-Alun Kota and Yayasan Klenteng Eng An Kiong. This hotel is within the region of GOR Ken Arok and Batu Night Spectacular. Pamper yourself with onsite massages or enjoy recreation amenities such as a sauna. This hotel also features complimentary wireless Internet access, concierge services, and a television in the lobby. Featured amenities include a business center, complimentary newspapers in the lobby, and dry cleaning/laundry services. Event facilities at this hotel consist of a conference center and meeting rooms. Free self parking is available onsite. Make yourself at home in one of the 99 air-conditioned rooms featuring flat-screen televisions. Complimentary wireless Internet access is available to keep you connected. Private bathrooms with showers feature complimentary toiletries and hair dryers. Conveniences include phones, as well as desks and complimentary bottled water.