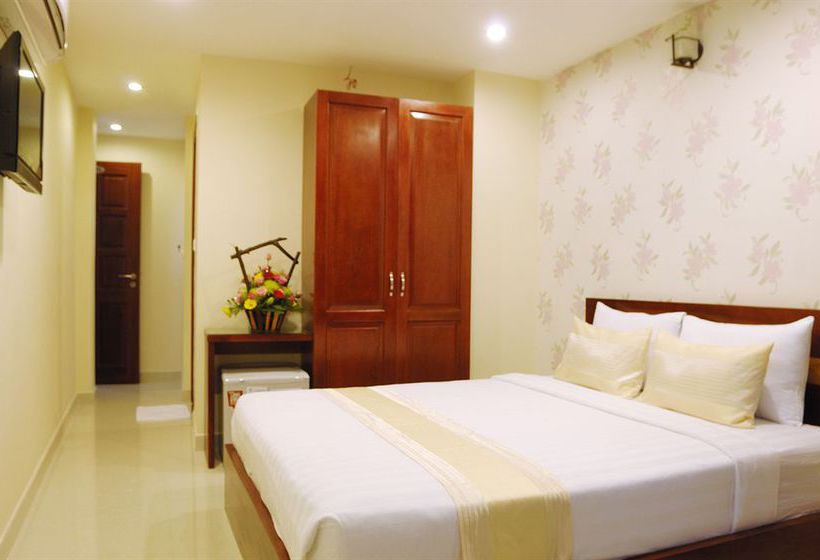 A stay at Saigon Europe Hotel & Spa places you in the heart of Ho Chi Minh City, walking distance from September 23 Park and Zen Plaza. This hotel is within close proximity of Museum of Fine Arts and Mariamman Temple. Make use of convenient amenities such as complimentary wireless Internet access, concierge services, and a television in the lobby. Featured amenities include a business center, a 24-hour front desk, and luggage storage. For a surcharge, guests may use a roundtrip airport shuttle (available on request) and a train station pick-up service. Make yourself at home in one of the 26 air-conditioned rooms featuring minibars and LCD televisions. Computers, complimentary wireless Internet access, and cable programming provide entertainment. Private bathrooms with showers feature complimentary toiletries and hair dryers. Conveniences include phones, as well as safes and desks.