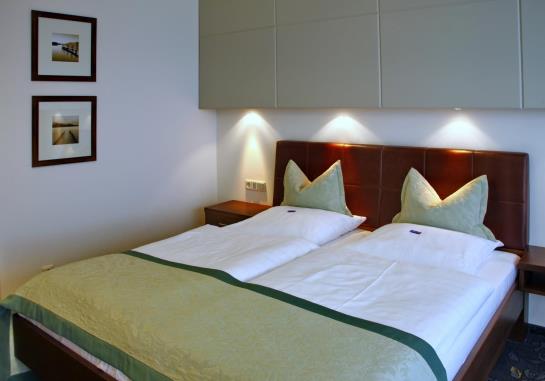 Enjoying an beautiful location between Cloppenburg and Friesoythe, this new hotel with spa makes a wonderful base for exploring the Wildeshauser Geest nature park. Opened in 2008, the Hotel Landhaus Pollmeyer offers bright, elegant rooms with free wireless internet and luxurious bathrooms. Most of the rooms also include a balcony or terrace. Modern German cuisine and Mediterranean dishes are available in the hotel’s traditional restaurant. Use of the hotel’s Mediterranean-style spa area is included in your room rate. Spa facilities include a sauna, solarium and terrace. Various well-built cycle paths can be found close to the Landhaus Pollmeyer.