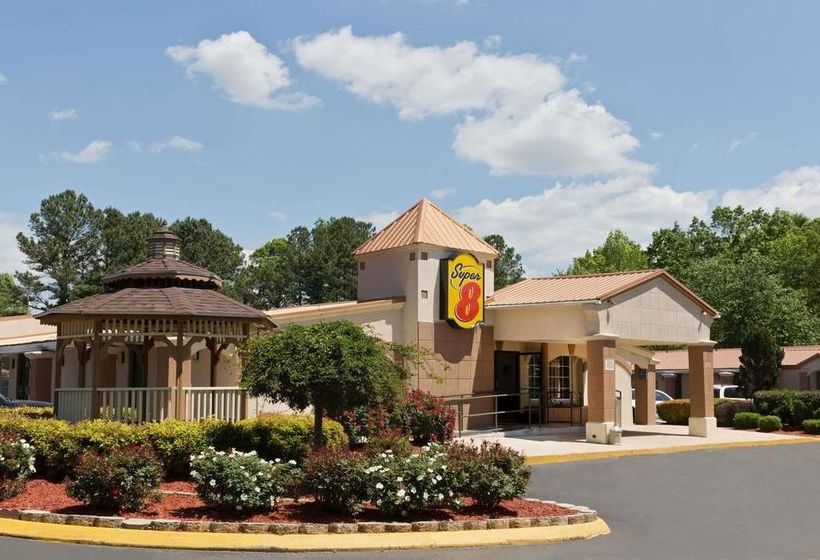 With a stay at Super 8 Charlotte Airport North in Charlotte, you'll be near the airport and close to Carolinas Aviation Museum and Dowd House Historic Site. This motel is within the vicinity of Bryant Park and Abbott Park. Featured amenities include complimentary high-speed (wired) Internet access, a business center, and express check-in. A roundtrip airport shuttle is complimentary (available 24 hours). Make yourself at home in one of the 116 air-conditioned rooms featuring refrigerators and microwaves. Complimentary wired and wireless Internet access keeps you connected, and cable programming provides entertainment. Private bathrooms with shower/tub combinations feature complimentary toiletries and hair dryers. Conveniences include irons/ironing boards, as well as phones with free local calls.