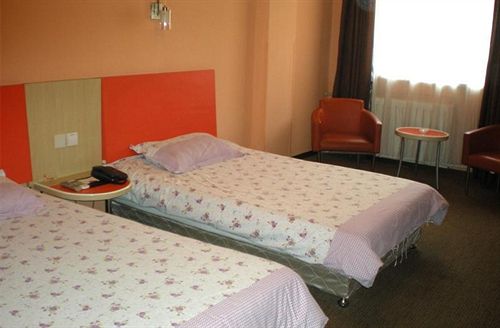 With a stay at Motel168 Wuhan HuaQiao Inn in Wuhan, you'll be in the business district and close to Wuhan Museum and Zhongshan Park. This hotel is within the vicinity of Wuhan International Convention & Exhibition Center and Wuhan International Country Club. Featured amenities include complimentary newspapers in the lobby, a 24-hour front desk, and multilingual staff. Make yourself at home in one of the 252 air-conditioned rooms featuring flat-screen televisions. Complimentary high-speed (wired) Internet access keeps you connected, and digital programming is available for your entertainment. Private bathrooms with showers feature complimentary toiletries and hair dryers. Conveniences include phones, as well as coffee/tea makers and complimentary bottled water.