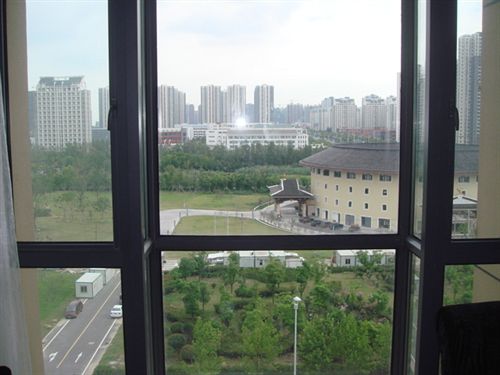 With a stay at New Metropolis Entertainment Hotel in Hefei, you'll be within the region of University of Science and Technology of China and Anhui Museum. This hotel is within the region of Anhui University and Anhui Laomingguang Stadium. Featured amenities include complimentary newspapers in the lobby, a 24-hour front desk, and multilingual staff. This hotel has 2 meeting rooms available for events. Make yourself at home in one of the 63 air-conditioned rooms featuring minibars and LCD televisions. Complimentary wired and wireless Internet access keeps you connected, and satellite programming provides entertainment. Private bathrooms have complimentary toiletries and slippers. Conveniences include phones, as well as safes and desks.