Shangrila Hotel At The Shard, London 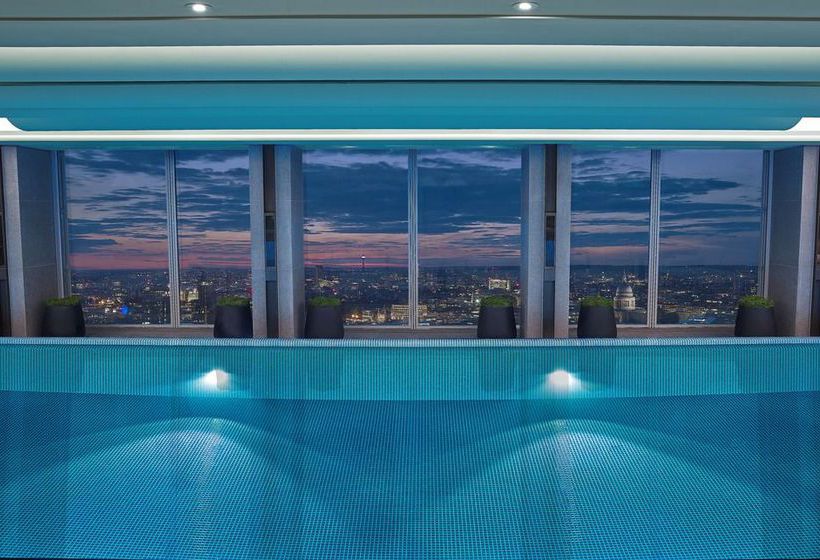 Occupying levels 34-52, the Shangri-La Hotel at The Shard, London offers 5-star luxury and breathtaking views of the capital and beyond. It features an exquisite restaurant and serves cocktails until late at the highest bar in London. Each uniquely designed guest room has floor-to-ceiling windows providing spectacular views of the city, and maintains the theme of Oriental elegance found throughout the hotel. Featuring the body-contouring-technology ‘Shangri-La Bed’, rooms include a TV, coffee machine, complimentary WiFi and a set of binoculars. The en suite, marble-clad bathrooms have underfloor heating, separate bath tubs and a glass-enclosed shower. They include plush bathrobes, Acqua di Parma toiletries and mirrors with integrated TV screens. All rooms feature climate control to complement the building’s integrated sun shielding. The hotel features 3 dining and drinking venues, including TING, the signature restaurant and lounge on level 35, while Bar 31 is a friendly neighborhood bar. GŎNG, set on level 52, provides the setting for London's highest champagne and cocktail bar. Shangri-La Hotel at The Shard is located on St Thomas Street, less than 1 minutes' walk from London Bridge Train and Tube Station. The Tower of London and Tower Bridge can be reached in 20 minutes by foot. You can enjoy a stroll along the River Thames' South Bank to The London Eye, Big Ben and Westminster, approximately 1.5 miles away.

Hotels near Shangrila Hotel At The Shard, London