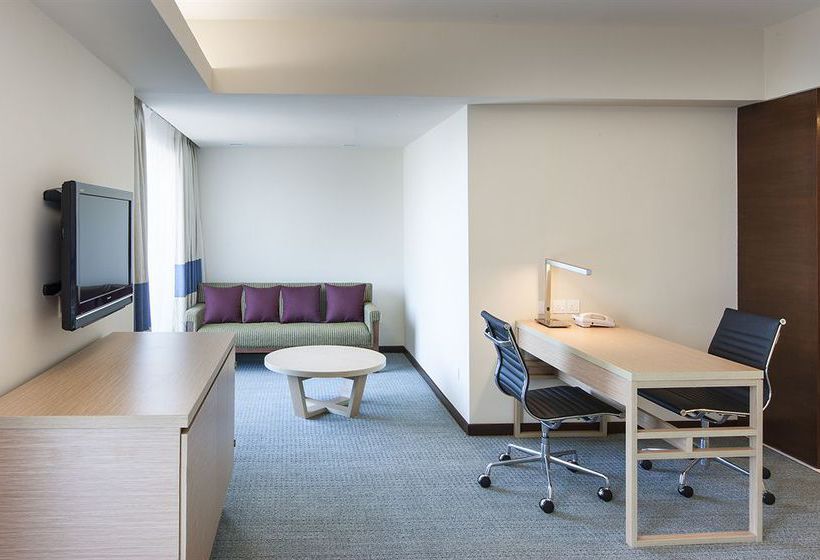 A stay at Four Points by Sheraton Sandakan places you in the heart of Sandakan, steps from Sandakan Harbour Mall and close to Agnes Keith House. This 4-star hotel is within close proximity of Saint Michael's and All Angels Church and Puu Jih Shih Temple. Take advantage of recreational opportunities offered, including a nightclub, a health club, and an outdoor pool. This hotel also features complimentary wireless Internet access, concierge services, and shopping on site. Featured amenities include a business center, limo/town car service, and complimentary newspapers in the lobby. Planning an event in Sandakan? This hotel has 180 square feet (17 square meters) of space consisting of a conference center and meeting rooms. Guests may use a roundtrip airport shuttle for a surcharge, and free valet parking is available onsite. Make yourself at home in one of the 299 air-conditioned rooms featuring refrigerators and minibars. Wired and wireless Internet access is complimentary, while 32-inch LCD televisions with satellite programming provide entertainment. Private bathrooms with showers feature complimentary toiletries and hair dryers. Conveniences include phones, as well as laptop-compatible safes and desks.