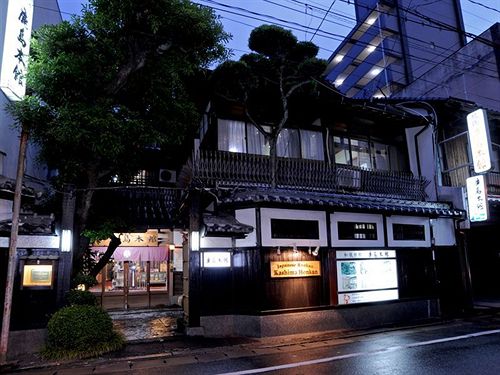 A stay at Japanese Ryokan Kashima Honkan places you in the heart of Fukuoka, steps from Ryuguji Temple and Tochoji Temple. This ryokan is within close proximity of Hakata Machiya Folk Museum and Zenshoji Temple. Pamper yourself with onsite massages or take in the view from a garden. This ryokan also features complimentary wireless Internet access and a television in the lobby. Featured amenities include complimentary high-speed (wired) Internet access, complimentary newspapers in the lobby, and laundry facilities. Make yourself at home in one of the 27 individually decorated guestrooms, featuring refrigerators and flat-screen televisions. Digital television is provided for your entertainment. Shared bathrooms with hair dryers are provided. Conveniences include phones, as well as a turndown service and in-room massages.