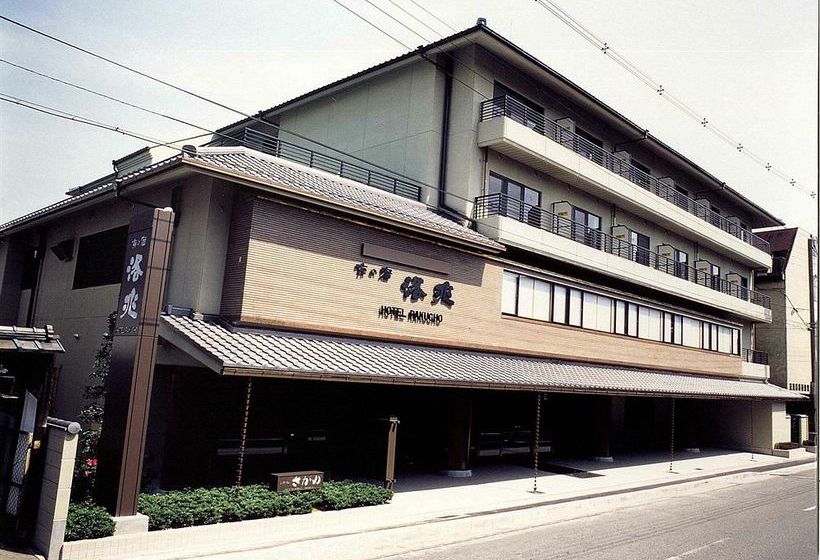 With a stay at Hotel Rakuchou, you'll be centrally located in Kyoto, steps from Dendoin Temple and Ryukoku Museum. This ryokan is close to Nijo Castle and Kiyomizu Temple. Pamper yourself with onsite massages or take in the view from a terrace. Additional amenities include complimentary wireless Internet access, a television in the lobby, and tour/ticket assistance. Featured amenities include a computer station, complimentary newspapers in the lobby, and a 24-hour front desk. Make yourself at home in one of the 32 air-conditioned rooms featuring refrigerators and LCD televisions. Complimentary wireless Internet access is available to keep you connected. Private bathrooms with separate bathtubs and showers feature complimentary toiletries and hair dryers. Conveniences include phones, as well as a turndown service and blackout drapes/curtains.